5 Ways to make Most of your bud

The cannabis world is full of acronyms from THC to CBD and more, but one that you may not be as familiar with is AVB, or already vaped bud.

After you’ve finished vaping your weed, you may think it’s the end of the line, but what if we told you that you could breathe new life into your stash long after you’ve vaped it?

That is precisely what happens if you utilize your already vaped bud (AVB) correctly. In some instances, it can be just as potent in terms of THC content the second time around, allowing you to not only maximize your product but also get the most bang for your buck.

That said, don’t attempt to smoke or eat your AVB immediately after you vape. It will taste awful and won’t get you high.

There are several methods you can use to maximize the potency and flavour that make for the tastiest sloppy seconds you’ve ever had, so keep reading!

As we disclosed above, already vaped bud (AVB) is the weed leftovers produced after vaporizing flower.

These leftover weed grounds are typically a dark brown colour and smell like a fresh bud. However, if they happen to be black, they’ve been overcooked and should be thrown away.

The best method to prevent this from happening is to keep your vaping temperature under 190°C (374°F). If your bud is still brown, there is still some good THC to be had that you can enjoy in various forms, including cannabutter for edibles or infusing it with coconut oil.

AVB can also be made into an alcohol-based tincture. However, whatever you do, do not smoke it directly after vaping.

The weed will taste incredibly bitter, and the low THC content would likely render it completely ineffective, so use it at your own risk.

Decarboxylation is the process that activates cannabinoids, such as THC, triggering the effects we all know and love. For this process to occur, the bud must be exposed to heat for the THCA in weed to be converted to THC, facilitating its psychoactive effects.

In this way, using AVB cuts out the middleman and eliminates the need to activate the THC.

How Potent is AVB? 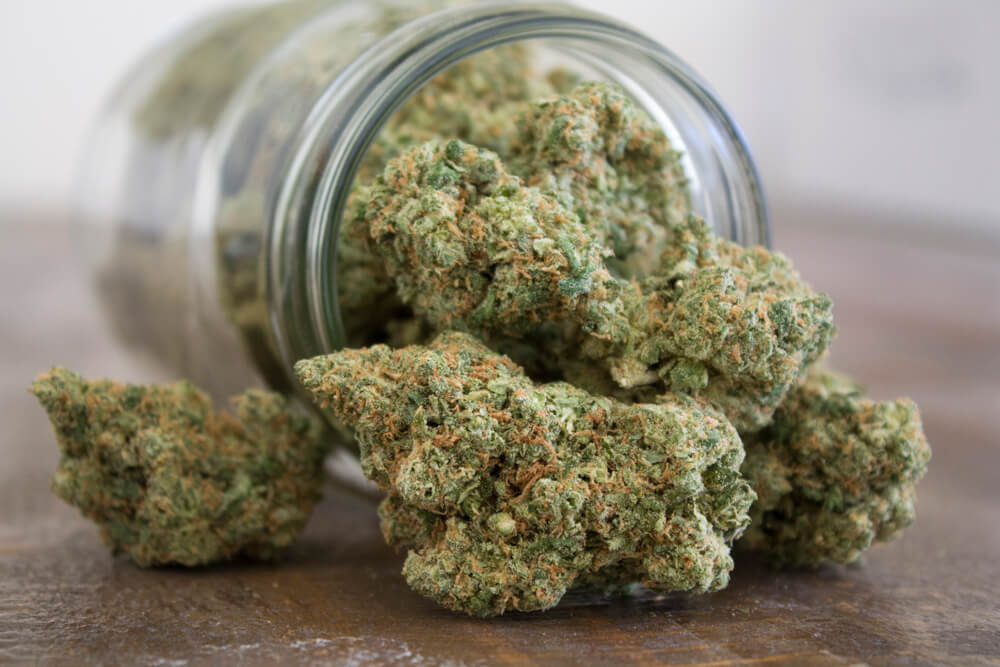 In a study conducted by the makers of weed vaporizing device the Volcano, researchers began with 2 grams of the Golden Goat strain, ground it up, and divided it up into four different 0.5-gram piles, with one being used as a control sample.

All three samples were vaporized at 190°C, but the methodology between them varied between how many bags were filled during each session.

Unsurprisingly, since the first method required fewer hits and wasn’t exposed to as much heat, it retained the highest levels of THC, so naturally, the third method lost the most.

That said, all three methods strip all the weed plant’s terpenes, which makes sense as it explains why AVB has such a bitter and unpleasant flavor.

The good news is that even the third and least potent method that used 6 bags with a re-grind in the middle still retained 48% of its THC content, meaning that the AVB leftovers have a potency that is roughly around 9.34%.

1 gram of already vaped bud contains about 93 mg of THC, which is pretty strong.

How Can You Use AVB?

To get the most out of your already vaped bud, we suggest vaping your flower between 157-227°C (315-440°F) to ensure you’re activating the THC, but not burning it, or all the other cannabinoids and terpenes off.

A perk with using AVB is that it’s already gone through the decarb process, so that means it doesn’t need to be re-heated before adding it into some butter, oil, or other foods.

Keeping that in mind, here are 5 of the easiest and tastiest ways you can use and enjoy your already vaped bud: 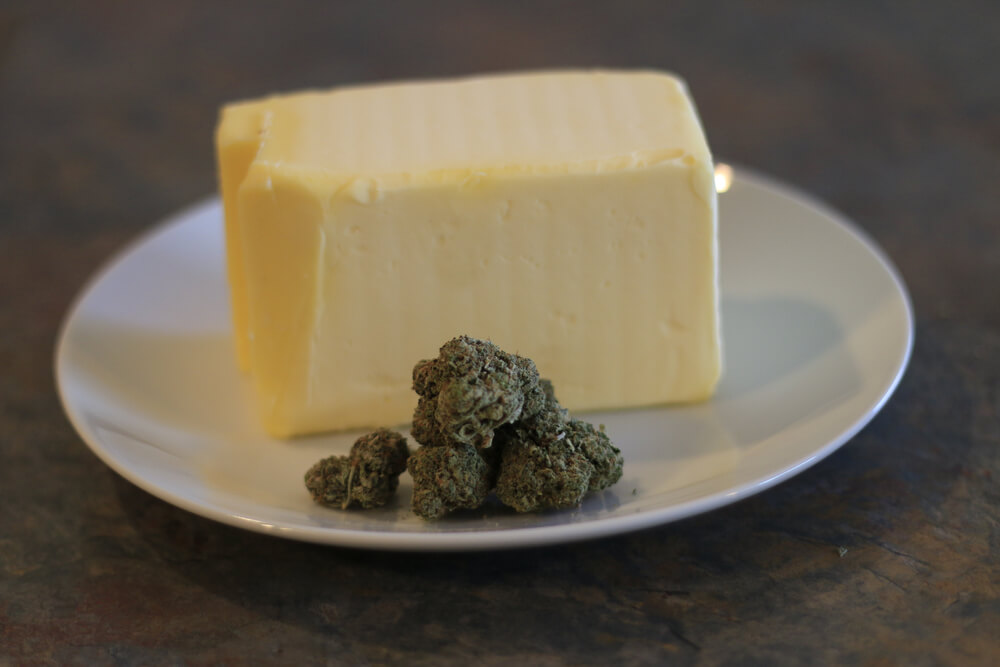 Churning up a batch of cannabutter (cannabis butter) is a relatively flavourful and straightforward option.

Start by grinding up your already vaped bud with your weed to as fine a consistency as possible. Then, put it in a bowl with some butter and let it warm on low heat for a couple of hours.

After that, let it cool in the refrigerator for a few more hours, or until a solid layer is formed at the top. Harvest the top layer of butter, and toss any leftover water that may have formed at the bottom of the bowl.

You could also make peanut cannabutter by infusing your AVB with some peanut butter, and use it as a weed-infused spread.

The beauty of cannabinoids is that they are fat-soluble. This means that they bind to fat, making coconut oil an excellent form to ingest AVB.

The easiest way to make ABV-infused coconut oil is by using a crockpot. All you need is 1-2 oz of ABV, enough coconut oil to saturate the AVB thoroughly, and some cheesecloth.

You can also optionally include water to make the straining process easier. It can be separated and removed later.

Combine the ingredients and cook on low heat for about two hours while occasionally stirring. Once the timer goes ding, strain with the cheesecloth.

If you opted to add water, put the strained mixture in the fridge. The coconut oil will separate, rise to the top and harden. Then, you can break the hard AVB coconut oil and get rid of the excess water. 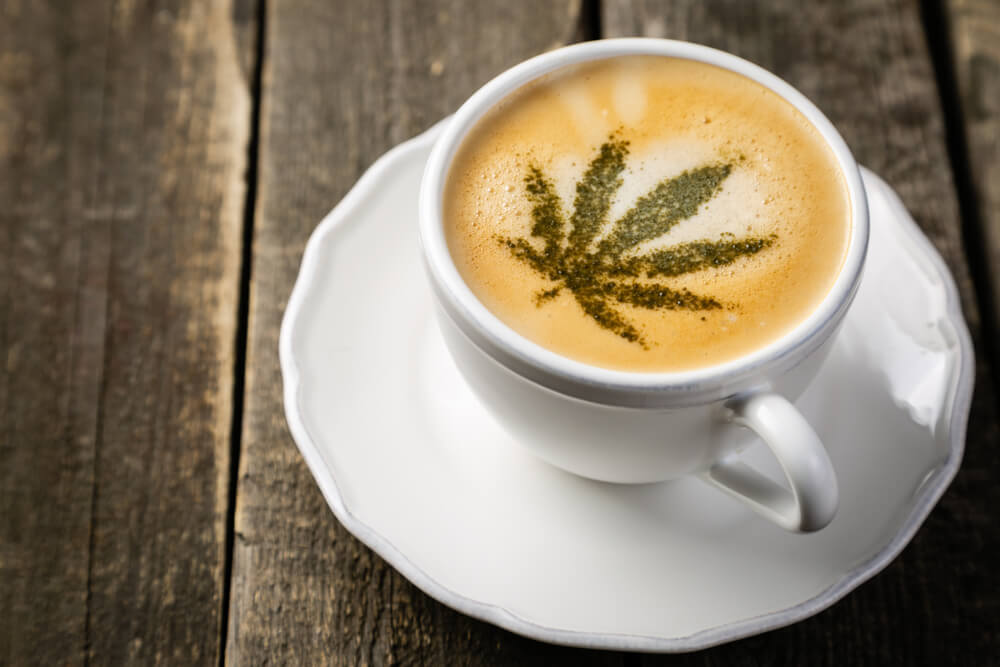 Another convenient method of enjoying AVB is by merely drinking it down in a beverage. Two of the most popular drinks to mix it with are tea and coffee.

The most straightforward method would be to put AVB in a teabag. Still, if you’re more inclined towards a cup of Joe, you can include the already vaped bud into your coffee grounds while brewing.

As we said before, cannabinoids are fat-soluble, so we would also recommend adding milk or some sort of creamer into your drink.

One of the easiest (and most flavourless) ways to enjoy your already vaped bud is to put it in an empty gelatin capsule and toss it down like your morning vitamins.

Ingesting a capsule is ideal if you’re not looking to put in the effort to cook, bake, or make cannabutter. They also serve as a discrete option to take on the go.

It is important to note that since you are taking a capsule, the onset time in terms of feeling the effects will take longer. So, don’t be surprised if you don’t immediately feel it.

There’s a reason this is our last option. Since AVB is already decarboxylated, you could, technically, eat it as is if you want.

However, we should warn you, this method is not for the faint of heart. We won’t sugar-coat it, already vaped bud does not taste good.

However, you may want to sugar-coat it. Many tokers looking for an efficient way to ingest AVB will channel their inner Mary Poppins and mix it with a spoonful of something sweet, like peanut butter or jam, to help the medicine go down.

We’d recommend opting to buy fresh bud from a trusted dispensary instead.

AVB – Learn to Love Your Leftovers

If you’re new to eating or making edibles, especially AVB edibles, be warned that they’re extremely potent and can take hours to kick in.

If you want to enjoy yourself, or at the least want to avoid getting sick or having a bad experience, we can’t stress enough how important it is to stick to the “start low and go slow” mantra.

If you think your weed is done after you have already vaped it, don’t throw it out just yet.

There are so many methods to utilize these leftovers to get the most bang for your buck and reap your weed’s benefits for that much longer.

AVB, it’s the gift that keeps on giving!